It is a medium breed canine in a wide variety of colors and with unusually short legs. Be careful if you are a first-time owner since this long-haired sausage dog is not the most suitable option for those who have never had a dog before.

Everything You Need To Know About The Long-Haired Dachshund:

The long-haired Dachshund origin is a bit unclear, but it is possible to trace it back to the 15th century thanks to pictures painted in those times. It was bred in Germany for hunting badgers, and its name actually means ‘badger dog’ (dachs/badger and hund/dog). Another theory claims that this breed came from a similar Basset Hound from France, but it is not generally accepted.

Documents from the 16th century mentioned these dogs as earth dogs, badger creepers, and dachsels, meaning long-haired Doxie has been with people for a long. Early types significantly varied in size. Larger dogs used for boar and badger hunting weighed about 35 pounds (16 kg). Smaller ones hunting foxes and deer had approximately 20 pounds (9 kg). Finally, a miniature version used to hunt hares and weasels weighed only 12 pounds (5.5 kg).

Short legs allowed this long hair sausage dog to go after burrowing animals, including badgers. Once the dog discovered prey, it was barking loudly to let hunters know where it was. Prince Albert brought long hair Dachshunds to Britain, and this breed enjoyed high popularity during the 19th century. In the early 20th century, hunters used tiny Dachshunds weighing 5 pounds (2 kg) for pulling out cotton-tailed rabbits out of the burrow.

Dog’s Germanic origin was the reason for decreased favor during WW I, but it is a past. Long-haired Doxie dog is a beloved family pet in Europe and the US nowadays, and the attractive and glamorous long-haired Dachshund version is particularly desirable. Kennel Club recognized this hound breed as the only one hunting both below and above ground. The American Kennel Club included it in the Hound group.

Nowadays, almost no one uses Dachshunds for hunting in the UK and the US, but they are still working hunting dogs in France. You can buy purebred long-haired Dachshund for approximately $300 to $2,000. The price will depend on the dog’s size and color.

Long-haired Doxie is a courageous, independent, and bold dog with a friendly and lively personality. If you don’t mind loud barking, you won’t make a mistake when choosing this loyal and good-tempered pet.

Believe it or not, Dachshund’s personality significantly varies depending on its coat type. For instance, long-haired Dachshunds were probably crossed with Spaniels somewhere in its history, so that you will recognize spaniel-like personality traits in your furry friend. Be aware that your calm and sweet pet will enjoy cuddling up with you but won’t tolerate too much training and discipline.

It seems that this curious and hyperactive dog spends its life trying to catch your attention. It will dig your garden when left alone and chase small animals, including other pets in your household.

Typical long-haired Dachshund temperament is often unpredictable in unfamiliar people’s presence. Even though it is an excellent watchdog, this breed is not the best choice for a family with small children.

On the other hand, you can expect your short-legged friend to become aggressive with other dogs and start fighting with bigger breeds. That is why early socialization and training are crucial.

Dachshund’s long hair with feathering around the ears, neck, legs, and tail is soft and silky. The official Dachshund breed standard includes 12 coat colors, but you can also find these dogs in unusual colors.

The most common are:

Rare merle-coated Dachshunds almost always have blue eyes and look gorgeous. However, you should avoid them because this genetic quirk comes with numerous health problems. Non-standard pure black long-haired Dachshund is the rarest type since it results from a rare recessive gene.

Long-haired Dachshund grooming and haircutting include a routine. It will be enough to groom its coat weekly, but longer hair on the chest, tail, leg backs, and tummy require two to three brushes a week.

On the other hand, there is no need to frequently bathe your friend because it will lead to natural skin oils washing off.

Highly energetic Dachshunds need at least an hour of exercising and a lot of playing during a day. Inactive dogs will get bored, frustrated, and restless. Your beloved buddy will have a problem with too many steps in the house. It is also necessary to help it with climbing to the sofa. Jumping on or off furniture will cause back injuries over time.

Intelligent but stubborn and strong-willed long-haired Dachshund can learn basic commands, but it is not the breed that enjoys training. It simply won’t listen if it doesn’t like the treatment. Take care not to spoil your puppy to avoid a small dog syndrome at a later age.

Standard long-haired Dachshund is not a highly demanding dog when it comes to diet. The ideal meal varies according to age, gender, dog type, activity level, and food quality. Unfortunately, you can expect your buddy to quickly put on weight when eating a lot without enough exercise.

Long-haired Dachshund dogs are usually healthy. Unfortunately, their unique skeletal structure can be a considerable disadvantage that makes this breed prone to a few irreversible health issues.

Intervertebral disc disease – IVDD is a common degenerative medical issue in chondrodystrophic breeds, including 25% of Dachshunds. It is related to aging when hernia affects spine discs and causes bladder control loss, mobility problems, and spine or neck pain.

Canine diabetes mellitus – This condition is not common in Dachshunds, but it will occur in very overweight dogs.

Cushing’s syndrome – The breed is prone to this particular hormonal problem when the body produces too much cortisol. The high hormone levels cause weight gain, behavior changes, and hair loss.

Bloat – Gastric dilation volvulus is a life-threatening condition. It occurs when a standard long-haired Dachshund eats something harmful, and its stomach becomes filled with gases and consequently twists.

Epilepsy – Even though a hard blow to the dog’s head can cause this condition, epileptic seizures are often a genetic condition in Dachshunds.

Acanthosis nigricans – The occurrence of thick dark skin around the armpits and groin is not a condition typical only for long-haired Dachshunds. Dogs with this symptom can’t be used for breeding.

The approximate long-haired Dachshund lifespan is 12 to 15 years, so you should prepare yourself for long commitment when deciding to adopt this dog.

Are you looking for a long-haired Dachshund? It is an excellent decision! This lovely, highly active dog is a perfect option for most families, but you should provide a yard for it. This tiny creature with an impressive personality enjoys playing, chasing, digging, and chewing. However, you can also expect your sausage-like furry friend to spend hours on the sofa next to you. 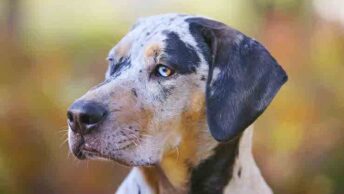 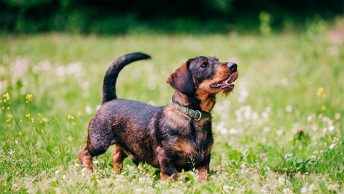 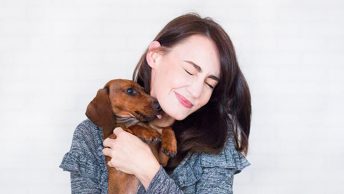 The Wiener Dog In All His Glory – Owning A Dachshund