Every dog should know to react appropriately at a minimum of seven usual commands, including sit, stay, come, down, heel, no, and off. However, many dogs, especially large breeds, can learn much more than that.

Most owners know that and try to train their pets to become obedient and meet their demands. Nowadays, it is quite popular to teach the dog ‘foreign languages.’ If you want to try something different and get a real Russian K9 in your yard, teach your furry friend at least a few Russian commands.

There are a few primary reasons to teach your furry friend Russian dog commands. The crucial one is to prevent any stranger from communicating with your dog without your permission. For instance, you can use English for all orders, but teach your dog a Russian word for attack for security reasons.

The truth is that carnivores don’t understand the difference between two languages, but react to the sound. Besides Spanish, German, and Dutch, many Westerners like using dog commands in Russian. This language sounds a bit exotic, and it is not easy to apply them before the previous exercise, which allows you to communicate with your dog without any distractions.

The first thing to do before starting with Russian dog lessons is to learn some basic things. For example, my American friend came to me two years ago and told me:

Although he had never had the opportunity to use Russian before, he spent the time and effort to search the Net for an accurate translation and learn that sentence.

That convinced me he was serious and determined to learn something new and make an effort to pass that knowledge to his dog. If you have the same will and curiosity to start with Russian dog training, I will gladly help you with a few lessons and give you the dog commands list most of your friends have never heard of. Let’s go!

It can be weird to find out how to say the attack in Russian since the command фас is actually a word borrowed from German (fass). Until today, the Russians have not decided to change it.

It is not something you will ask too often, but it can be a useful command in some cases.

American police train their dogs by using German commands to eliminate anyone to order the dog to attack. However, they often use English words for begging. Now, you have an opportunity to become more unique than police forces!

There are two ways how to say come here in Russian, and you can pick out any of them, depending on your ability to ‘break your tongue.’

There are two ways to offer your dog to eat in Russian. Please choose one option and stick to it to avoid confusion.

It is a necessary command for police and military dogs. However, you should use it if you have a so-called dangerous dog breed to order it to stand or walk beside you.

The pronunciation of lay down in Russian is quite complicated for English-speaking people. Therefore, you need to pronounce it correctly before trying to apply it without confusing your dog.

It is a nice and simple way to praise your dog when doing something in the desired manner. You can also say – молодец (molodets’), meaning – good boy.

In most cases, you won’t need to teach your dog what NO means. It will understand it quickly as a puppy.

It is a simple way to order the dog to return to its bed or place.

There are two ways how to say be quiet in Russian. Which variant you will choose will depend on your preferences. No matter what choice you make, stick to it, so as not to confuse the dog.

Always teach your dog this command, especially if you have a large breed that won’t voluntarily drop the thing grabbed with its jaws. You can also say дай (dai), meaning – give (it to me).

You will often need to order your dog to bring something to you, especially if you have a hunting dog.

It is not a necessary command, but most owners enjoy shaking with their dogs, and ‘give paw’ is a favorite order any child wants to teach the dog.

It is one of the first words most owners try to teach their dogs. Saying sit in Russian can be challenging for English speakers because it sounds weird and soft.

Once you get a dog, you should include the command ‘stand up’ in a few basic ones.

It is one of the basic commands with classical meaning – stand still.

You will use it to order your dog to stop doing something or let something go.

Your dog will expect to get something, usually a treat, after hearing this command.

It is a clear command for tracking something necessary for hunting and police dogs.

Always keep in mind that dogs don’t understand the language but recognize words. Therefore, be prepared that it will react to the familiar commands. If you teach your furry friend Russian words, it won’t recognize the English ones for the particular demand and vice versa.

Rule number one, when starting with lessons, is to avoid repeating orders. Like any other, commands in Russian include one verbal signal, not two of them. Otherwise, your dog will get the wrong impression about your wishes and the meaning of what you ask.

Plus, it may conclude that your demand is not obligatory, and execution actually depends on its goodwill. Don’t forget to reward your furry friend with a treat whenever it does the task as you demand. 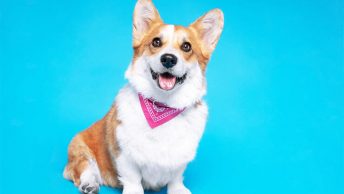 DIY Dog Bandana That You Can Easily Make At Home 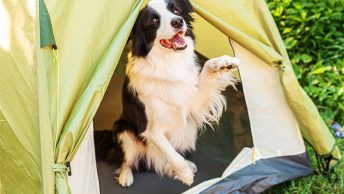 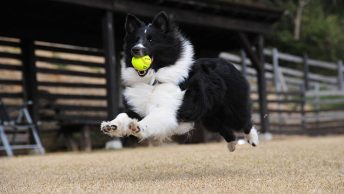