Skin issues are among the most common reasons why dog parents schedule vet appointments and seek veterinary attention.

In this article, we will focus on one widespread and tedious skin issue – canine pyoderma. We will talk about the causes and quickly go through the most common forms of pyoderma in dogs. Finally, we will explain the treatment options.

What Is Pyoderma In Dogs?

Canine pyoderma is a specific form of skin infection. The term pyoderma literally translates to “pus in the skin.” It is associated with various causes and environmental factors and usually develops when the dog’s normal skin bacteria overpopulate.

It is also called bacterial pyoderma or staph pyoderma because regardless of the causative issues and factors, the clinical manifestation is always associated with bacterial imbalance – most commonly excessive multiplication of Staphylococcus pseudointermedius (formerly known as S. intermedius). Staphylococcus intermedius in dogs is the most common skin issues culprit.

Pyoderma in puppies is considered a unique skin problem and is sometimes medically termed impetigo.

Pyoderma in dogs can be classified based on several criteria.

However, popular classifications include:

Simple pyodermas are associated with one-time events, like, for example, fleas or flea allergy dermatitis. On the other hand, complex pyodermas in dogs are triggered by systemic health issues like hormonal imbalances and tend to be recurring unless the underlying problem is managed.

What Causes Pyoderma In Dogs?

There are many potential culprits for canine pyoderma.

Here are some of the most frequently reported causes:

Based on the cause, location, and clinical manifestation, there are several different forms of pyoderma in dogs. Some are less serious and common, while others are rare and dangerous.

Mucocutaneous pyoderma is a unique and relatively rare pyodermia form. Since the lesions are limited to the lips and oral area (skin to mucosa transition points), the condition is also known as lip fold pyoderma, dog lip fold dermatitis, or muzzle pyoderma. However, sometimes mucocutaneous pyoderma triggers changes in other skin to mucosa transition points, like eyelids, vulva, prepuce, and anus.

Mucocutaneous pyoderma is the most common German Shepherd pyoderma form (the reason for the breed’s predisposition is not determined).

The cause of this pyodermatosis type is unknown, but there is probably a bacterial component because dogs respond to antibacterial treatments.

In dogs, follicular pyoderma is a specific deep pyoderma form that affects the hair follicles. It can be generalized if affecting all follicles or partial if affecting the follicles in a particular body area.

The skin lesions associated with follicular pyoderma are called furuncles because they are accompanied by inflammatory destruction of the follicles (a process known as furunculosis).

Canine pyoderma manifests with pustules. The formation of pustules is medically termed pustular dermatitis. However, pustular dermatitis in dogs is not always linked with classic pyoderma forms. Sometimes it can be due to another skin problem, like, for example, a severe contact allergy.

Canine pyoderma can develop anywhere but is more likely to occur in moist body areas and areas prone to pressure. A pervasive pyodermatosis form is the dog elbow pyoderma.

As the name suggests, it develops on the dog’s elbow because the elbows are high-pressure points – dogs repeatedly pressure their elbows when laying down or standing up.

Epidermal collarettes are a type of skin lesion – they are not a distinct pyodermatosis form but are often described as such because of their unique appearance.

Epidermal collarettes in dogs are circular patches of hair loss accompanied by crusting, redness, hyperpigmentation, and variable level of itchiness. They can be associated with canine pyoderma or other skin issues like, for example, atopic dermatitis.

Pyoderma gangrenosum is a scarce form of pyodermatosis in dogs. It manifests with small pustules or blood blisters that soon evolve into skin ulcers with irregular and undermined borders (purple to blue colored with a repelling foul odor). The ulcers progress quickly and turn into necrolytic lesions.

There are only two reported cases of pyoderma gangrenosum in dogs, which means there is not much information available on the subjects. Treatments with immunosuppressive drugs can prolong the survival time, but generally speaking, the prognosis is poor.

Pyoderma in puppies is also known as puppy strangles or impetigo. Pyoderma is even more common in puppies because of their underdeveloped immune systems. In puppies, the characteristic lesions are usually concentrated in sparsely furred body regions such as the belly, groins, armpits, and face.

Clinical Manifestation Of Pyodermatosis In Dogs

The classical lesions of canine pyoderma are pustules. Dog skin pustules are the equivalent of human pimples – they are red, elevated, and with a yellowish-green, pus-filled center. In simple words, they look like yellow to green bumps on dog’s skin.

However, pustules in dogs are transient and transform into epidermal collarettes, papules, and crusts. Excessive scaling and crusting are also typical. The itchiness intensity is variable.

Most of the time, canine pyoderma is not a contagious condition. What can be transferable or transmissible is the causative pathogen. For example, pyodermatosis can be caused by scabies, and scabies can be passed on to both dogs and humans. The same concept applies to fleas – they can cause dog pyoderma and be transferred to other hosts.

The only true contagious (infectious) pyoderma form is the staph pyoderma caused by methicillin-resistant Staphylococcus strains, which are transferable to immunosuppressed people.

Diagnosing pyoderma on dogs starts with a full physical examination (including blood analysis – complete blood counts and biochemistry and hormone panels). Once the general exam is over, the vet will focus on the skin issue – skin scrapings, smears, cultures, or skin biopsies. If necessary, the regular vet may recommend seeing a veterinary dermatologist.

The canine pyoderma treatment depends on several factors, including underlying cause, pyodermatosis type, and overall health. The good news is, in otherwise healthy dogs, pyoderma can be successfully treated with the right type of antibiotics. The vet will prescribe the correct antibiotic based on the dog’s individual situation. The oral antibiotic should be administered for a relatively long time – usually no less than three to four weeks.

The list of pyoderma dog home remedies includes other everyday household items, like coconut oil. Coconut oil is a natural moisturizer and can be used to soothe dry and cracked skin.

However, pyoderma dog home remedies should not be used without consulting with a veterinary professional. Home remedies are not a substitute for vet visits.

Pyoderma In Dogs: Summing Up

Skin issues are tricky on several levels – nasty and itchy lesions accompany them, have a quick onset and prolonged healing rate, and there can be several differential diagnoses for every skin lesion. Canine pyoderma is no exception to this description. 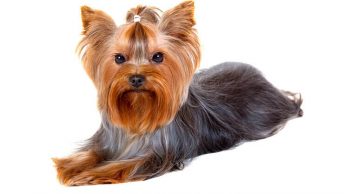