The Picardy Spaniel was developed in France as a gundog and is a typical Spaniel hunting dog. Initially, only the French nobility hunted with the Picardy and was a favorite of theirs. But after the French Revolution and hunting became a sport most could enjoy, the dog became even more popular.

But in the early part of the 19th century, the English came to France, bringing with them their hunting dogs. The French took a liking to the English dogs, so interest in the Picardy waned considerably.

The Picardy Spaniel is a hugely talented gun dog and is said to be one of the oldest Spaniel breeds. The dog might be an excellent gundog, but they are a wonderful family dog.

It’s been suggested that the French and Picardy Spaniels descend from the Chien d’ Oysel or the German Osel Dog (Deutscher Wachtlehund). The name Wachtelhund means “quail dog,” and this particular description is centuries old. Before the French Revolution, the Picardy was a famous hunting dog and is depicted in paintings from that era.

Owners used the Picardy Spaniel throughout most French regions; however, Picardy numbers were more significant in the French north-west. This area of France in those days was heavily wooded and pretty swampy land, so hunters would definitely have favored a hardy dog with a weather-resistant coat.

Picardy Spaniels are muscular medium-sized hunting dogs. They can reach heights up to twenty-four inches (although males can grow up to an inch taller than females.) Picardy Spaniels can weigh between 40 to 70 pounds.

While the Picardy is a highly prized hunting dog, they are also excellent family dogs. They are very calm and docile dogs in the home and are lovely with children. Even rambunctious toddlers don’t faze the Picardy. The typical Picardy is gentle, intelligent, and loves to please their human family. These traits make for a highly trainable dog, although they possess a stubborn streak that can make them difficult to handle for first-time dog owners.

Picardy Spaniels are still hunting dogs at heart, so they have retained their high prey drive, but even so, they get along with most dogs and are not aggressive. They do become attached and are close to their humans, and this dependency can lead to the breed suffering from severe separation anxiety.

The Picardy requires a reasonable amount of exercise every day; they can become pretty bored and fed up dogs without this exercise. For this reason, they are more suited for families that enjoy outdoor activities where they can include their Picardy.

Picardy Spaniels are protective; however, they don’t make good guard dogs. They’ll alert their owners to strangers, but that’s about their limit. Picardy Spaniels can adapt to living in an apartment or small homes without backyards, providing they get the amount of outdoor activities and exercise they need.

Picardy Spaniels have long, slightly wavy coats with feathering on the underside of the tail, ears, and legs. Their coat color is grey with brown patches and tan highlights on the head, eyes, muzzle, and legs. While the coat looks grey, it’s actually a mixture of white and brown. However, too much brown is not acceptable in the breed standard, neither are white or black patches or markings.

You will need to brush the Picardy several times each week to keep the shedding under control and untangle any appearing mats. Picardy Spaniels are moderate shedders through the year but will blow their coats when the seasons change, so you might need to brush every day during these times.

As a breed, they are suitable for more experienced dog owners. However, it’s recommended the Picardy Spaniel puppy be enrolled in obedience and socialization classes as early as possible.

Leash training is essential with Picardy Spaniels. The dog still retains their high prey drive, and they can chase after small creatures if they run nearby.

Picardy Spaniels have a decent lifespan of between 13 to 14 years and are known to be pretty healthy dogs. There don’t seem to be significant genetic health concerns; however, there are a few health conditions of note. 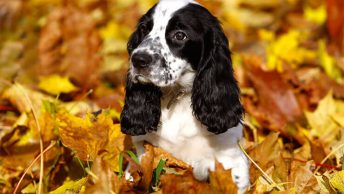 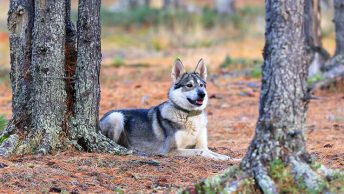 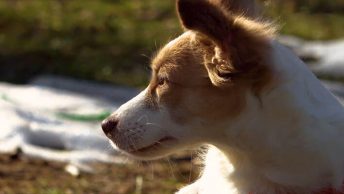 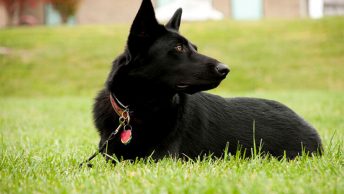