As some breeders like to call them ‘King’ or ‘Goliath,’ a Warlock Doberman is considered a larger than average Doberman. Do any of these terms have any fundamental basis factually, or are they just some kind of sales ploy put out there by unscrupulous breeders?

If you are thinking about becoming the owner of a Doberman puppy and have seen “Warlock Doberman puppies for sale,” don’t convince yourself into believing you’re getting something special. The American Kennel Club recognizes only the Doberman, not the ‘Warlock’ ‘Giant’ or ‘King’ Doberman; as far as the AKC is concerned, the dog isn’t even a breed or a variety of Doberman they recognize.

True devotees of the Doberman know where the term originated and will have nothing to do with modern dogs linked with the word ‘Warlock Dobermans.’ There has only ever been one actual Warlock Doberman, a dog from Florida in the 1950s. Borong, the Warlock, was the dog’s name.

There is considerable interest in purchasing Dobermans that are larger than average, but frankly, bigger is very rarely better, and that’s absolutely the case with these Dobermans. Increasing their size has brought many health problems for the dogs concerned, which is sad beyond belief.

How have irresponsible and greedy breeders exploited this situation? This article will disclose the misconceptions that surround the Warlock Doberman and present you with the facts. If you want to learn more, read on.

Everything You Need To Know About The Warlock Doberman:

1. What Are Warlock Dobermans?

The genuine Warlock Doberman was a dog born in the 1950s in Florida, United States; his full title given to him by his owners was BIS AM CAN AR CH. Borong the Warlock. The dog had an incredible career in the show rings earning several champion titles. Borong went on to win two hundred and thirty best of breed, six Best in Show awards, and thirty Speciality Show awards. Borong was not, however, a giant or oversized Doberman; neither was he an aggressive or vicious dog. Warlock had a wonderful, calm, and mellow temperament. He always traveled with his owner Henry Frampton, even if the journey was by airplane.

He was a renowned stud dog during his time, and many of his offspring won champion titles themselves. He sired a total of twenty-five American champions, which included three best in Show. The dogs he sired went by the Warlock Doberman’s name only because they were directly related to Borong. The name Warlock Doberman became synonymous with beautiful champion Dobermans. Even though Borong passed away in 1966, Doberman owners and breeders still revered the name of Warlock Doberman continually through the 70s and 80s.

Unscrupulous breeders saw an opportunity to charge extra for their Doberman puppies by attaching the name warlock to their puppies. To ensure their puppies were more significant dogs than the standard Doberman breeders began to cross Dobermans with Great Danes and Rottweilers. In many instances, these so-called ‘Warlock Doberman’ had a more physical presence and were more aggressive than a standard Doberman. The dogs proved popular at the time, and the name stuck. The critical thing to take from all this is the fact there is no such Doberman.

2. Why Is It Necessary To Have An Extra Large Doberman?

The 1970s saw a rapid escalation in Doberman’s popularity and coincided with higher crime rates spreading from United States inner cities to the suburbs. People began a fascination with the Doberman, particularly the giant version, as a protector and guard dog.

The considerable desire for the Doberman gave rise to irresponsible breeding practices. Larger and more aggressive Dobermans were in huge demand, and breeders took the opportunity to cater to this demand by breeding bigger Dobermans, passing them off as Warlock Dobermans. Naturally, the vast majority of these so-called breeders didn’t know of the Warlock legend and could care less; money was their objective, and that was all.

Inevitably the Warlock legend began to mean something entirely different from reality and came to mean simply giant Dobermans. As time passed, hardly any of today’s Doberman breeders have Borong bloodlines. If you see an advert for the sale of Doberman puppies and the breeder uses the term ‘Warlock’ in the description, then it’s a trick. They are undoubtedly trying to pry as much money as they can from naive buyers.

Potential Doberman owners are now a little better educated about the marketing gimmick of using the name ‘Warlock ‘when they come to sell puppies. Instead, you might now hear the terms ‘Goliath Doberman,’ ‘King Doberman,’ ‘Super Doberman,’ or even ‘Gladiator Doberman,’ they are still trying to fool you; it’s the same scam.

How do you tell a Doberman and a Warlock Doberman apart? In truth, it’s the size that gives them instantly away. But you cannot see other factors, but they are evident if you studied the dog for a while.

4. What Is A Warlock Doberman’s Size?

A Warlock Doberman will exceed both the maximum height and weight of purebred Doberman Pinschers. There is no control or standard for breeders to adhere to, so they can breed them as big as they like.

Fortunately, the two dogs breeders choose to crossbreed the Doberman with are also genial dogs. The Great Dane and Rottweiler are both family-loving dogs. Of the two, the Rottweiler is the guard dog, so if you purchase a Warlock bred from the Doberman and Rottweiler, you’ll get an excellent guard dog. Surprisingly the mix produces a much softer looking dog and doesn’t have the sharp, angular features of a Doberman.

While mating a Doberman with A Great Dane will not produce a guard dog, it will create a fearsome-looking dog, more intimidating than the Doberman Rottweiler mix. However, Great Danes are big softies and are naturally gentle and affectionate with family. Danes have been called the giant lap dog, and it’s perfectly accurate; they love nothing better than climbing onto your lap. Dobermans bred with either the Great Dane or Rottweiler will still make excellent watchdogs. Being protective of a family is also second nature to the Warlock.

Another pretty sad fact is the life expectancy of a Warlock Doberman. Both the Rottweiler and Great Dane have relatively short lifespans. The Great Dane has a life span between 7 to 10 years and the Rottweiler 9 to 10 years. Dobermans do live a slightly longer life which can reach 12 years. Typically this would mean your Warlock Doberman would have a life expectancy of about ten years.

Warlocks are enormous, significant dogs and can do a great deal of damage if they put their mind to it, so socialization is crucial. Practically the same day you bring your puppy home is the time to begin socializing him. You should introduce your young puppy to as many unusual, as far as the dog is concerned, sights and sounds, including new people and animals.

The first significant issue is the Warlock’s size. Being an oversized dog comes with its own set of challenges. The extra height and weight he carries will put more strain on the dog’s heart, bones, and joints. If they have been bred with a Great Dane, then Danes themselves have unique issues with their height, so that’s going to impact your Warlock Doberman.

Hip dysplasia is an issue both Danes and Rottweilers are known to suffer from, as are heart conditions and a form of bone cancer. Big dogs can also suffer from a condition known as bloat or gastric torsion. Don’t feed your dog one large meal a day, and then take them out for vigorous exercise. When a dog suffers from bloat, his stomach fills with air and twists; this is exceptionally dangerous because blood is prevented from reaching the animal’s heart. Dogs that have not been able to receive urgent medical care have been known to die from bloat.

Before going ahead and purchasing a Warlock Doberman, you first need to be absolutely sure this is the dog for you and your family. In this article, we’ve tried to give you an idea of some of the problems you’ll face. Bear in mind you are not getting a purebred dog; your puppy will be a hybrid. Kennel clubs, especially the AKC, will not recognize your dog.

If the breeder you’re contemplating buying from tells you the Warlock Doberman is unique, don’t believe it. In any case, if you can’t believe him on that fact, how can you be sure the dogs he’s crossbreeding from are animals in good health and free from genetic diseases. Finally, you’ll pay a premium to buy a Warlock Doberman, more than likely far more than for a purebred Doberman. Is it worth the additional money? 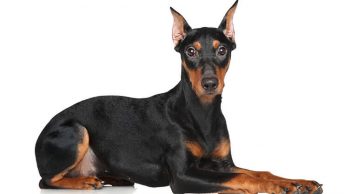 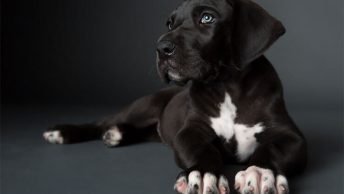 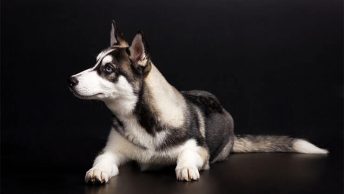 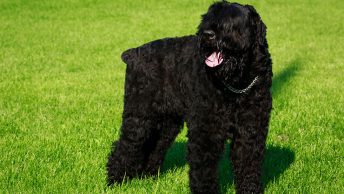 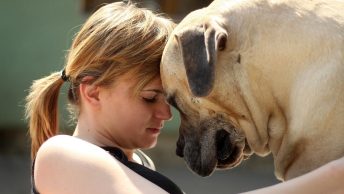