The Russian Toy is an exceptionally tiny breed of toy dog you’re ever likely to come across. You can trace their history back to the Russian nobility, where they were popular living accessories. Initially, when you spot one, you might think it’s a Chihuahua because there is some resemblance; but it will be a hard push to find Russian Toy breeders as easily as a Chihuahua breeder. That’s not to say the Russian Toy isn’t growing in popularity in the United States and worldwide; they’re just not so well known as the Chi.

In this Russian Toy dog guide, we will give you a rundown on the history, appearance, and care, and an idea of the Russian Toy temperament. Should you be considering adding this little guy to your family, the information in this guide will be beneficial for you.

Everything You Need To Know About The Russian Toy Terrier:

During the 18th-century in Russia, it was the done thing for wealthy Russians and the aristocracy to import English Toy Terriers. The dogs were prized for their tiny size and huge personality. Toy Terriers even found themselves at sophisticated social gatherings, and it became de rigueur to have your terrier on display.

After the Russian revolution, there wasn’t a need for these dogs, and they practically went extinct. After the death of Stalin, interest in the dog began to grow. But the vast distances between Russian cities and the disappearance of the English Toy Terriers meant there was a considerable difference in appearance between geographical locations.

The Russian Toy Terrier was first introduced into the United States in the 1990s but is still a rare breed. In 2006 breeders dropped the ‘Terrier’ part of the name, and the dog became the Russian Toy (Russkiy Toy Dog).

Currently, the dog is eligible to compete in the Miscellaneous Class in the AKC and is still in the Foundation Stock Service, pending acceptance into regular status. He might not be one of the most popular toy dog breeds, but as he becomes better known, the desire to own one will only grow.

The Russian Toy is a Russian dog breed and one of the tiniest dogs, similar in size and personality to the Chihuahua. They grow between eight and eleven inches and weigh up to 6.5 pounds. The Russian Toy has a life expectancy of between twelve to fourteen years. In this breed, the males and females are of identical height and weight.

There are two varieties of coat, short-haired and long-haired. The short-haired version has a smooth, sleek coat, and the long-haired Russian Toy has a longer coat but very distinctive feathering on his ears, tail, and legs. In fact, he has a look of a Papillon about him even though Papillons have a lot of white in their coats.

There’s a bit of a mystery about which dogs breeders used to create the Russian Toy, and there’s a suggestion in some quarters may be a Papillon was introduced to help create the long-haired version, but that’s just conjecture. There are no hard facts to prove one way or another.

For coat colors, the most typical are red, sable, and black and tan; both Russian Toy varieties have the same color combinations. Russian Toys have a shorter muzzle than the head, big slightly protruding eyes, set wide apart, and extra-large ( compared to his head size) longer than wide ears, but permanently erect.

Grooming is pretty quick and straightforward with either long or short-haired variety. A brush once a week for the short hair and a soft brush and comb for the long-haired Russian Toy once a day. To keep the smooth-haired Russian Toy smelling nice and fresh, you can wipe him down with a soft cloth or even an alcohol-free wet wipe every day.

When you brush the long-haired Russian Toy, pay particular attention to his ears and brush them frequently to prevent matting. If you don’t want any nasty stuff clinging to the hair around his butt, you’ll need to trim the hair around there reasonably regularly. Trim the hair on his paws and around his paw pads that will grow quite long, and it’s better kept short in that area.

You’ll probably want to bathe your Russian Toy every two to three weeks, depending on how you feel, but you won’t need to find too much time to take care of this with them being so small. Don’t use any strong or astringent shampoos, just something mild that has a pleasant smell.

Tiny breeds like the Russian Toy have many issues with their teeth. Typically they have a mouth full of teeth, usually too many for such a small mouth. You must try your best to keep them clean and have them checked by your vet regularly. Tooth decay and plaque are typical problems and, if left, can cause some severe health issues.

A Russian Toy has a typical toy breed disposition. They are a little full of themselves, have no fear of bigger dogs, even a bit feisty at times, but nevertheless have more personality than they know what to do with; they are charming, affectionate, and family-oriented dogs.

Russian Toys must have human contact and can be very clingy. Undoubtedly will get upset when they are left alone for anything more than an hour or so. Russian Toys have a high level of intelligence and enjoy working out puzzles. As we mentioned, the Russian Terrier is a tiny dog, and some owners will tend to pick them up and treat them more like a baby than a dog. This isn’t the best way to treat these dogs; remember they are dogs, and as much as you love your Russian Terrier, it’s imperative to treat them as such, or you are creating a dog with behavioral problems.

Initially, you’ll find these dogs wary around strangers and will bark and possibly growl the first time they meet someone new. But once they feel confident nothing is amiss and they’ve had a few good sniffs around you, then you’ll be allowed into their company. From then on, you’ll be an acceptable friend and welcome every time you turn up.

Russian Toys are a great choice of dog for apartment living. But it’s essential to remember they must have daily exercise. While they don’t need walking for miles to tire them out; they still need a decent walk around the neighborhood; every dog needs the fresh air and the enjoyment of scents of the world around him.

If you have very young children and want a Russian Toy, you have to take extra precautions because children of such a young age have no clue how to behave around dogs. Being such tiny dogs means their bones break easily; a simple fall onto the dog can do serious harm.

Whether it’s because they are a reasonably new breed to the west or a very healthy breed, few health problems are documented.

As we talked about earlier, the big concern with the Russian Toys, as with most tiny breeds, is the teeth. As small as toy breeds are, they appear to have the same number of teeth as all other dog breeds, and there isn’t enough room inside the mouth. This issue causes over-lapping and crooked teeth; sometimes, puppy teeth don’t fall out of their own accord and need removing to allow their new teeth to grow through properly.

Once again, with all toy breeds, bone fractures are common. Toy breeds have no conception of their size relative to the heights they jump from. Most dog breeds can jump down from the arm of a sofa or chair, and nothing untoward will happen; when toy breeds attempt to do the same, it can mean a trip to the vet or emergency hospital for a broken leg.

There are a few genetic health issues to consider with Russian Toys.

These genetic issues include:

What Are Toy Dogs?

A toy dog is typically a very tiny dog or breed of dogs. Many distinct breeds can be toy dogs, but not all toy dogs are lapdogs, as most people think, although some dogs specifically bred as lapdogs are still toy dogs.

What Are The Other Names For A Russian Toy Dog?

Russian Toy dogs are not hypoallergenic (no dog breed is); they shed hair moderately and more when the seasons change.

Is A Russian Toy Dog A Chihuahua?

No, the Russian Toy dog is a breed of its own separate from any other dog breed. They have a Chihuahua’s appearance, mainly the short-haired Russian Toy, and some people might confuse the two; however, they are not the same dog.

They are the same dog breed; the term ‘Terrier’ was dropped from the dog’s name in 2006 because the dog was bred primarily as a companion dog and not a working dog. 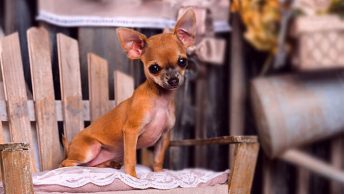 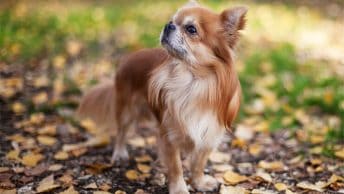 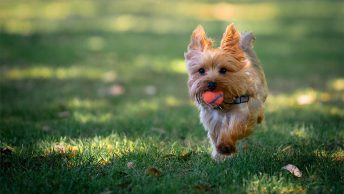