I will refer to the dog as Cocker Spaniel for the rest of this article; hopefully, there’s no confusion. Cockers make brilliant family dogs; they love children; however, they are smallish dogs, so older children brought up with dogs or their parents have educated them about dogs are perhaps better suited to the Cocker Spaniel.

If you love your dog to be like a “second skin,” then a Cocker would make the ideal choice because your Cocker won’t be far behind wherever you go. If you live in an apartment or small house, a Cocker will make an excellent companion for you, they must get outside for exercise, but as long as you take them for a few walks each day, they’ll be more than happy.

Spaniels have been around for thousands of years; the name spaniel seems to originate from Spain (Hispania). Although there’s no definitive evidence, it’s thought that Julius Caesar brought spaniels to Britain when he invaded in 54 BC. What is known for sure is Spaniels have been incredibly popular in England since the time of William Chaucer, 1342 to 1400. Chaucer wrote stories that included Spaniels, as did William Shakespeare two hundred years later.

As most dogs were in those days, Spaniels were working dogs and earned their keep by flushing game for hunters. By the 1600s, breeders had split spaniels into two groups, one specialized in water retrieval and the other on land. English Water Spaniels would retrieve any waterfowl that had the misfortune of getting in the way of the hunter’s arrows.

Land spaniels themselves were also split into two groups one group was known as setters whose job was to point the game for hunters to capture the birds in nets. The second type was springers. Their job entailed springing pheasants, partridges, and rabbits from hiding.

Once firearms became the preferred way to hunt, spaniels were re-trained to become gun dogs. Springing type spaniels became the foundation of all spaniels to follow. Every springer litter born would be divided by size only. Larger dogs became springers; medium-sized became a Sussex spaniel, and the smallest pups Cocker Spaniels. All this became confusing because a dog could enter a show as a Cocker only to enter the following year as a springer when fully grown.

You must choose your breeders very carefully. Try to get breeder recommendations from professional organizations that know these breeders well. Even if you have to put your name down and wait several months for a puppy, please take my word for it; you will save a lot of unnecessary heartache and what might also turn out to be hefty medical bills.

Once you’ve chosen your puppy and brought your new fur family home, ensure your next step is to enroll the puppy in obedience and socialization classes. When you socialize correctly, puppies grow into well-adjusted, friendly, and lovable dogs. Socialization will also prepare your puppy to be around other animals, people and children without being nervous or anxious.

American Cocker Spaniels generally love to please their human family and are therefore pretty easy to train; however, they can be stubborn little guys at times, so owners will need to be patient and kind. Lots of praise and occasional treats work wonders, not harsh commands or punishment.

Where their breeding is suspect, some Cockers are way too submissive. This behavior can manifest in uncontrolled urination when the dog is anxious or afraid. It’s very wise not to confuse this with toilet training. Over time if you treat the dog with kindness and understanding, they will more than likely grow out of it, especially if you don’t punish them.

American Cockers aren’t big dogs, so they’re at home in a small house or apartment, providing they get exercise several times every day. Suppose you live in a larger home with a backyard, better still. As long as the yard is secure, your Cocker Spaniel can spend time outside playing and burning off their excess energy. However, Cocker Spaniels shouldn’t be left outside on their own. They thrive being around their family and typically will follow their humans around everywhere they go.

Even though the American Cocker Spaniel is not as prey-driven as their English cousins, they still have some prey drive and will chase after small creatures, given half a chance. So, to help them physically and mentally, enroll your Cocker in canine sports. The dog excels at agility and obedience competitions.

Grooming is not something you can take lightly when you have a Cocker Spaniel. There is a massive amount of work involved, especially if you want your Cocker to look its best at all times. You’ll need to either trim their hair or take them to a professional groomer every six to eight weeks.

Cockers shed above average amounts, and if you don’t want loose hairs on your furnishings, clothes, and carpets, you’ll need to brush your dog every day. If the thought of all this grooming and expense, if doing it yourself, puts you off, a Cocker Spaniel is the wrong choice of dog breed.

If you’re not too fussy about the Cocker having long hair, one suggestion is to give them a puppy cut. You can teach yourself how to do this cut; there are plenty of Youtube videos demonstrating how to trim a Cocker this way. You’ll still need to trim every six to eight weeks, but you’ll manage it yourself, and once you’ve got confidence using the electric trimmer, you’ll do great.

Every dog breed suffers from genetic illnesses, and the Cocker Spaniel, unfortunately, is no exception. Whenever you buy any puppy, a professional and reputable breeder should furnish you with health clearance certificates for genetic illnesses the breed is susceptible to; I say, reputable breeders. If the breeder you have chosen refuses to show you the clearance certificates for the parents, you should run a mile in the opposite direction. All American Cocker Spaniels in a breeding program should be screened for hip dysplasia and eye health before they are allowed to breed.

The recommended tests you should request details on are hip x-rays by the (OFA) Orthopedic Foundation for Animals and eye examinations carried out by a board-certified opthalmologist. Every reputable breeder will be fully aware of what’s necessary and should be able to produce these documents. 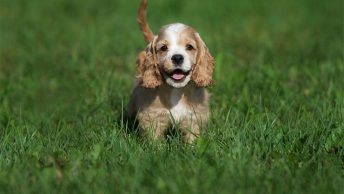 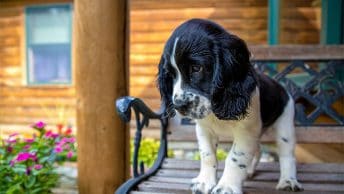 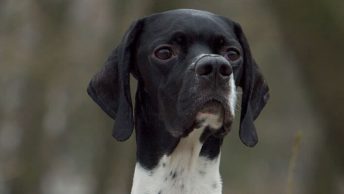 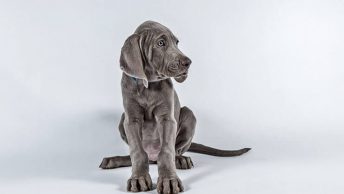 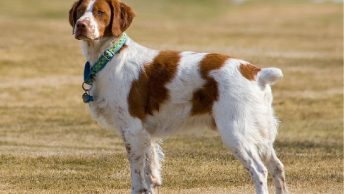