Adopting a Second Dog – 9 Things You Need to Consider 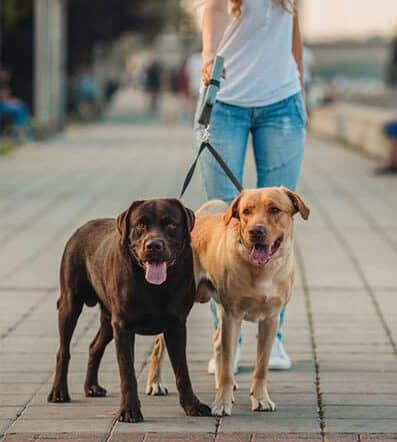 Adopting a Second Dog – 9 Things You Need to Consider

Bringing a dog into your household is an amazing experience, but many pet owners hesitate about adopting a second dog? Is it a good idea or are you taking on more than you should?

Dog owners usually stick to only one, unlike cat owners who frequently adopt two or even three cats. Statistics support this when you realize there are many more pet cats, but more individual households have dogs.

Cats are the more independent of the two, so taking care of a cat is not as time and effort consuming, as it is for dogs.

If you are considering getting a second dog then other than the cost, time is the most important consideration. If you think you are going to get away with spending the same time with two dogs as you do with one, then I think you need to think again.

Let’s take a deep dive into 9 things to consider before you adopt a second dog.

Four years in with your dog and your family are now clamoring for a second dog. Your wife is going ah.. to every puppy picture she gets on her Facebook feed. Not coincidence, oh no, she’s joined dozens of puppy groups. She gets the kids on her side by showing them all the pictures and videos.

But the prospect is less exciting for you. It means two dogs to walk on a freezing night in the depths of winter. Double the amount of hair to remove before you can sit on the sofa, the dog always sits in your favorite spot. Your instincts kick in and you just know it’s not a good idea.

Your dog loves the family but is not so happy with other people and other dogs when you’re out with him. He needs better socialization, but you’re struggling to get him to be more polite. Adding another dog into this situation will not end well.

Introducing a new dog to the family might help your first dog’s separation anxiety. He’s consistently barking and howling every time you leave him alone, so why not get him a pal to keep him company?

I’m sorry that will not work. The more likely outcome is you’ll end up with both dogs suffering anxiety. Dog behaviorists believe the anxious dog will transfer his issues to your new dog.

What we can give you is a little advice. Think carefully, try to assess the realities, not the just fun parts. Look at the negatives and take the emotion out of the decision, if you can.

Owning a dog and looking after him properly, costs a good amount of money. There will always be vet bills. There might be other bills depending on how you like to bring up your dog. For example, training schools, pet sitters, groomers, and maybe dog walkers.

Now multiply the cost by two. Can you comfortably afford it? If you know you’re going to struggle, then it’s a bad idea.

5. Do You Have Enough Time on Your Hands?

We mentioned earlier about the separation anxiety. Is your current dog suffering from this? If he has issues, could it be you’re not home enough? If that’s the reason, you don’t have enough time for a second dog.

Even if your first dog isn’t anxious, time is still a massive consideration.

Are you energetic enough to deal with two dogs? They are more boisterous when there’s two, egging each other on, running, chasing, jumping, and even more excitable. Can you cope with that?

6. Can You Stay the Distance?

A new dog will be with you for 15+ years, depending on the breed. It’s impossible to predict where life will take you over this time. Are you prepared for all that could happen? Can you confidently say whatever happens I will always be there for both dogs?

Depending on what stage of life you’re at now, there could be some major life-events around the corner for you. Can two dogs be part of that?

7. Is Your First Dog Going to Be Happy?

Your present dog is family. Shouldn’t you consider his feelings? I know he can’t tell you himself, so you have to think for him.

But you know him, right? How’s he going to react? You’ve seen him around other dogs out and about, in the dog park, on walks, how’s his behavior?

Is he a clingy dog? Does he follow you constantly, everywhere you go, your shadow? Do you think he’s going to share his affections?

If you live in a small apartment that can only accommodate a small dog then it’s limiting your ability to bring home another dog.

How about outside? Can they exercise safely and burn off excess energy? A lot will depend on your lifestyle and how you’re going to exercise your two dogs.

The dog breed you have now and the one you are going to choose will also be something to consider. If you have a small dog and you’re going to introduce a bigger dog with more exercise needs, you must have a reasonably large yard.

9. Taking Your Dogs Out and About Becomes More of an Issue

If you enjoy taking your dog on excursions with you, and who doesn’t, then doubling up makes it more problematic. Where you’re favorite coffee shop welcomes you and your dog, how will they feel when you turn up with two?

Vacations just became a worry. Many dog-friendly hotels welcome one dog families, they might not feel that way when there’s two.

If you board your dogs while on vacation, you have doubled the expense. Similarly, with pet-sitters, you’re regular might not want the responsibility of two dogs.

After reading through this article about the adopting a second dog and you’re sure you’re ready, then why not consider adopting from a rescue center?

There are so many dogs in shelters waiting for their forever loving family, maybe you could be the family they need.